Can You Bring Melatonin On A Plane? Legal Regulations?

I’m pretty sure that you’ve had experiences of jet lag or facing trouble sleeping while traveling, especially on long-haul flights. The big problem passengers have slept during flights. You’re very well aware of the impact caused by lack of sleep that can put you off for the rest of your journey. So, it’s natural for you to search for answers to questions like “Can you bring melatonin on a plane?” Can you bring melatonin gummies on a plane? Etc.

There is good news for you that I have done the research for you and found out whether you are legally permitted to bring natural sleep aid in the form of melatonin on a plane.

Melatonin is a hormone that is produced by the pineal gland. This pea-shaped gland is present in the middle of our brain. It reminds our body when it’s time to sleep and wake up. Our body usually produces more melatonin at night. Melatonin levels generally start to go up after the sun sets in the evening.

People use melatonin when they are suffering from sleep pattern disorders or insomnia. People who work in jobs where they have to change their shifts frequently between day and night face issues falling asleep.

Melatonin can also be consumed in several forms, such as pills, liquids, and chewable.

Can You Bring Melatonin On A Plane? Melatonin Rules By TSA 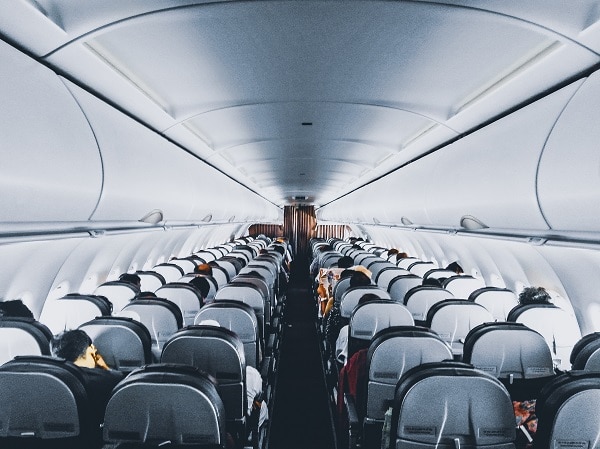 It is found that the TSA doesn’t even bother about the prescription of the medicines that you’re carrying. So, ensure that the liquid melatonin should be in prescribed quantity, and melatonin pills can be taken in both carry-on bags or checked luggage.

Is It Safe To Use Melatonin On A Plane? 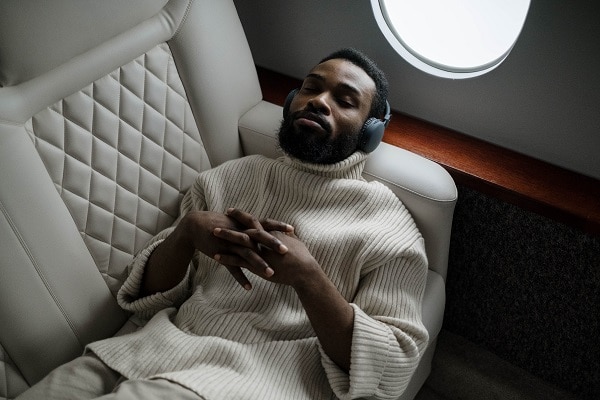 Now, as we know, it is legal to carry melatonin on flights. But, still, a question remains unanswered-does melatonin even work effectively on flights?

There have always been mixed responses amongst passengers who often consume sleeping pills. In a clinical study based on the effectiveness of melatonin being beneficial for healthy sleep, the researchers found that the perfect dosage when melatonin is consumed is between 3-5mg at a time. Interestingly, consuming a higher dosage of melatonin like 6-10mg proved less effective.

In the case of melatonin, always remember more isn’t always better. A higher dosage of melatonin can make you feel drowsy for a decent period.

Tart Cherries: Tart cherry juice is the best-known sleep aid. Researchers have found it to bring an increment in melatonin levels in the body and promote deep sleep.

Drinking tart cherry juice could be high in sugar. Drinking it can significantly raise your calorie intake. So, it is advised to eat cherry instead of drinking juice.

Ans:- Jet lag is a temporary sleep disorder that occurs when the internal body clock does not sync with the new time zone cues. It generally affects people who travel across two or more different time zones within a short time.

Melatonin, when used in adequate amounts, is an effective and safe treatment for jet lags.

Ans:- Scientists claim that melatonin effectiveness varies from person to person. It is advised that customers should always use a well-known brand. Doctors suggest that consuming three milligrams of melatonin is equivalent to the body’s melatonin production. Always consume melatonin 30 to 60 mins before your sleep time.

Que:-3.  Is melatonin safe for children?

Ans:- Melatonin is safe for children who are three or older but only for a short period. Some doctors suggest that children can take melatonin either in the form of liquid or pills.

Que:-4. Who should not take melatonin?

Ans:- Melatonin in any form is never recommended for pregnant and lactating women.

Although there are no significant side effects of melatonin use, anyone who experiences mild side effects such as dizziness, headaches or nausea, should consider whether using melatonin suits them.

This post was about if you can bring melatonin in a bag on the plane.

Mind that there may sometimes be side effects of taking melatonin for long periods. Headaches and nausea can occur, and if this is your first time taking melatonin, you don’t want to discover that melatonin causes a side effect for you during a flight or on vacation.

You’ll be glad to hear that the TSA has confirmed that you are allowed to take both over-the-counter melatonin and prescription on your flights.

Just keep in mind that medication has limitations if carried in the liquid form up to “reasonable quantities.” It’s unclear what this maximum amount is, so we should always prefer sleep supplements in capsule or pill form containing powder instead of liquid.

You can bring melatonin on a plane. Just remember to declare it to the TSA officer at the checkpoint if it’s in liquid form for inspection.