How Long Does It Take For Turtle Eggs To Hatch?

Determining the actual hatching period for turtle eggs might be difficult. The time it takes for the eggs to hatch is determined by several factors, including temperature and nest depth. The rough figure takes 70-90 days for the turtle eggs to hatch. In this article we will know the details about :- How Long Does It Take For Turtle Eggs To Hatch.

What Do Turtles Do After The Eggs Hatch? 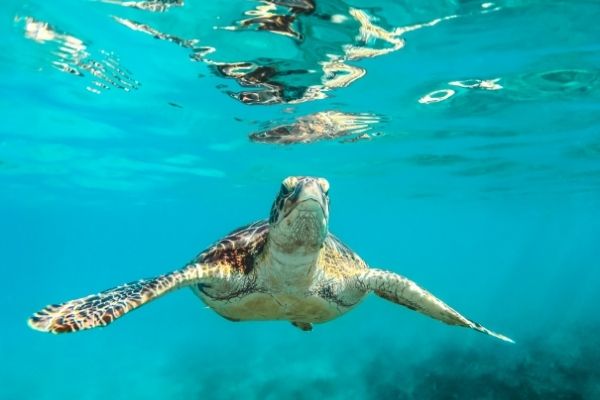 Turtles are reptiles that are available in diverse types. Some turtles live in freshwater habitats, whereas others prefer living in the ocean. Still, one thing is common among turtles of all kinds: they like laying their eggs on land or terrain regions. The female turtle is responsible for taking care of the eggs in the nesting burrows and hiding them with sand, mud or dirt for them to incubate.

Incubation periods in turtles are dependent on environmental factors like temperature and, humidity, clutch size and varies with different species. The majority of species need 45 to 70 days to mature.

Breaking Out From The Eggs

Sea turtles lay eggs throughout the year, but the frequency increases during summer. Hatchlings use a carbuncle (also known as a temporary tooth) to help them get out from the shell. The juvenile turtles typically take 3 to 7 days to make their way into the world after hatching.

Hatchlings are most likely to come out from the nest during the night to safeguard their security. When they emerge at night, they are less vulnerable to predators than during the day.

Undisturbed nests can successfully get more than 90% of the clutch hatch for most sea turtle species. Nests that have been disturbed by people or animal predators have a 25% or even lower success rate.

Getting To The Ocean

Snakes, rodents, and other critters prey on them until their shells harden and grow largseaFe enough to be undesirable to predators due to the large hard shell.

The majority of them spend a lot of time in the sun, sunbathing on rocks and logs. During the winter, many species hibernate, and young painted turtles frequently return to their birth nest.

Their journey direction depends on the orientation of the earth’s magnetic field. The female sea turtles return to their birthplace beach, where they’ve laid their eggs after 30 years.

Lighthouses near beaches often distract them and cause them to lose track. Hatchlings that survive the journey out to sea spend time among floating seaweed, where they can hide and locate food.

How Long Does It Take For Turtle Eggs To Hatch?

The time of hatching varies from species to species. The time it takes for the turtle eggs to hatch is also determined by the level of care supplied and the current environmental conditions. It might happen in the wild or a laboratory.

As a result, the hatching timeframe varies primarily due to existing variables. Some turtles hatch in as little as an hour, while others take days or weeks.

Suppose you’re expecting to see the young turtles in 45-90 days! It is recommended that you keep a check on the eggs within six weeks after they have been laid.

Leatherbacks sea turtles take a lot of time to lay their eggs, 75-85 days to fully mature like hatchlings.

Most turtles hatch their eggs at night (between 10 pm and 4 am).

Turtle eggs can take a long time to grow and hatch, as can be seen in general. As a result, a great deal of patience is required to guarantee that the baby turtles emerge safely.

Why Turtle Eggs Take So Long To Hatch? 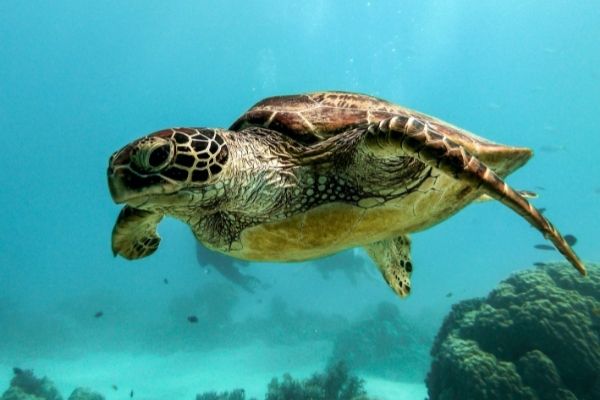 Several factors determine how long will it take for the turtle’s egg to hatch.

Turtles are separated into several species, including sea turtles and land turtles.

Different species lay different types of eggs, each with its characteristics. Varied features thus cause variations in hatching time length.

On the other hand, all turtles require a significant time to hatch.

Size Of The Nest

The size of the clutch varies significantly from one turtle to another turtle. A leatherback sea turtle, for example, can have a clutch size of 100 eggs, whereas a giant soft-shell turtle typically has a clutch size of 26-75 eggs.

A big clutch size extends its time for all of the eggs to hatch.

The size of the nest is essential because the warmth in the eggs is also determined by the depth of the nest, which influences when the eggs hatch. The higher the heat, the faster the hatching process, and vice versa.

The majority of turtle species demand a temperature range of 80 to 95 degrees Fahrenheit. The length of the hatching time is frequently affected by changes in temperature.

Extremely cold or scorching temperatures may increase the time it takes for turtle eggs to hatch or possibly kill them.

Many sea turtle hatchlings are rarely seen for the first 1 to 3 years after entering the ocean. The “lost years” are what they’re called.

According to most researchers, most hatchlings spend their first several years in the water before arriving in coastal locations. Although the first year’s migratory routes of baby turtles have long been a mystery, most researchers assume they ride prevailing surface currents, settling among floating seaweed where they may find food.

Flatback hatchlings, according to research, do not go through the rough ocean experience. Evidence suggests that the juvenile turtles stay inshore following the initial swim frenzy. The majority remain within 20 kilometres (12.42 miles) of land.

Que. 1:- How do you know when a turtle egg is about to hatch?

Ans:- If you accidentally expose a nest, the best way to save the eggs is to cover them again and let things happen naturally carefully. If the eggs are at risk of being eaten, carefully relocate them to a safer location without shaking or rotating them.

Ans:- Turtle eggs are not coloured in the same way as bird eggs; all turtle and reptile eggs are white or cream-coloured. Turtle eggs come in various shapes, with some species laying fully spherical eggs and others laying elongate eggs.

Ans:- In around three months, the young will hatch. The hatchlings spend the fall and winter in the nest. The hatchlings hatch from the nest the following spring and begin feeding in the water.