Are There Mosquitoes In Hawaii? Knowing The Facts

We often define a destination by its traits, characteristics, and features.

We all know that Hawaii is an outstanding and beautiful destination for tourists. There are many stunning views, a mild climate with generous people. This place hosts artistic and recreational opportunities for people like us. All these elements together make Hawaii a fantastic place to have a visit.

Are there mosquitoes in Hawaii? 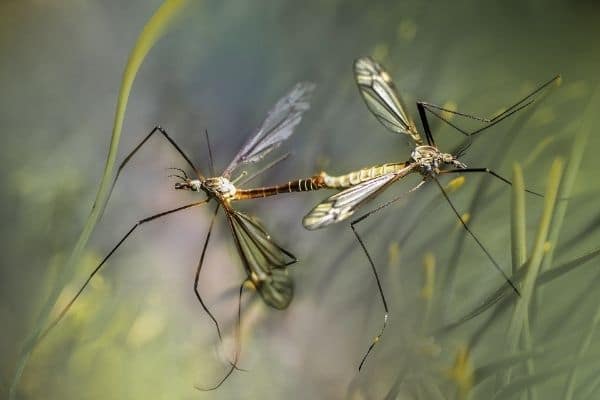 Well, the answer is ‘yes.’ However, not as many as their relatives on the continent, but some areas of Hawai have extremely very high concentrations of mosquitoes.

But if you asked me this same question in the 1800s, my answer would have been “NO.” Because it was that time when European explorers had not arrived, it was 1826 when they were first introduced to the island. This was the beginning of the mosquito trouble in Hawaii. A whaling boat threw out a container of dirty bilge water on the island. This bilge water brought a few mosquitoes rapidly bred in Hawaii’s warm, tropical atmosphere. Unfortunately, since then the mosquitoes have made their homes on the islands of Hawaii.

Aedes aegypti, the Yellow Fever Mosquito, is The most common species in Hawaii. This one and one more species transmit diseases that affect humans.

Have you ever thought about this question, “from how long these mosquitos have been there”?

Do you know, These creatures are one of the ancientest recognized species on the Earth and have existed around for approximately 78 million years. Even Humans have only existed on Earth for nearly 100,000 years. It means that Mosquitoes evolve alongside humans in this plenty of time. Particular species of mosquitoes only feed on human blood.

How bad are mosquitoes in Hawaii

There are several diseases Worldwide, happening from mosquito bites killing over one million people per year. Malaria, like, Chikungunya and dengue, are examples of such diseases. In the year 2017, there were thirteen cases of Zika reported on the island – a condition in which the baby born with congenital disabilities for those who have been infected. The year 2015 had an outburst of dengue, and before, in 2014, there were twenty-two patients of Chikungunya, which caused extreme pain of joints and fever. Luckily the cases of malaria, the massive killer, have never been noted on any of the islands of Hawaii.

Apart from causing suffering to humans, the mosquitoes are moreover doing devastation in the birds that are native to the island. One species of mosquito called Culex quinquefasciatus so transmits avian malaria. Since mosquitoes were never considered to settle in Hawaii, the island’s birds never generated an immunity to malaria.

Around half of the bird species of that place have been deceased since the mosquito invaded here, and almost every living native bird is recorded as threatened or endangered. There was a time when Hawaii had approximately sixty bird species native to the island forests. Presently, just seventeen remain.

Why do Mosquitoes feed on Blood?

Female mosquitoes need blood for their eggs. When she is close to laying her eggs, she must place a source of nutrition to nourish her young ones. Human Blood has ample proteins and amino acids, making it an excellent prenatal supplement. (BTW, it’s just the female mosquitoes that seize your Blood, and only when they’re pregnant. They’re comfortable bringing their food from plant nectar at further times, almost like the males.) When giving birth, the female rests her eggs in nearby water and anchors the egg sac to flora below the surface.

Nowadays, the scientists of Rothamsted Research in the United Kingdom found that some people develop chemicals that stink to mosquitoes. These people, accordingly, have a natural defense to being bitten – the rest of us need insect-repellent

When female mosquitoes feed on your Blood they insert their saliva into that infected part through the bite. However, it serves as an anticoagulant(prevents Blood from clotting). While this is useful for the mosquito – because, without it, their beak may also get choked with your Blood – it then activates your auto-immune system, which reacts by resulting in welts.

What Are The Signs of a Mosquito Bite?

If any mosquito nips you, there must be a bit of red sore that will occur in the targeted area. You would also feel very itchy in that area. Many people think itching for 10 minutes, while others can’t resist scratching for days.

How to get rid of mosquitoes in Hawaii

1. If you want to get rid of mosquito bites, the best thing is to avoid the area near to still water. Because still water is a perfect breeding place, many mosquitoes concentrations are near the stagnant water, pools, and similar sites.

2. Avoid going to Hawaii during the rainy season (November to March). Because of more rain, there are other regions of stagnant water.

3. cover up before going out. If You know you are allergic to mosquito bites, always Wear clothes that cover all your skin; you can try a thin long-sleeve shirt and light pants. Concentrate more on your calves and the back of your neck, as these points are great on the mosquito’s hit list.

4. The time of The day similarly impacts the mosquito’s outings into the city – they’re incredibly excited in the early daylight and evening. So avoid early mornings – which shouldn’t be complex – and don’t stay out till late!

Hawaii is one of the most beautiful parts of the world – we all know it well. And we also know that we will have a great vacation. Only make sure the mozzies don’t bother you too much! 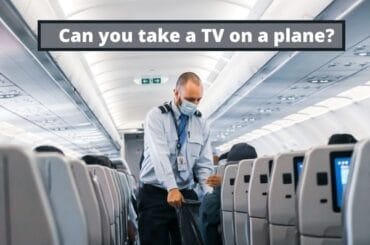 Can you take a TV on a plane? Frequently Asked Questions 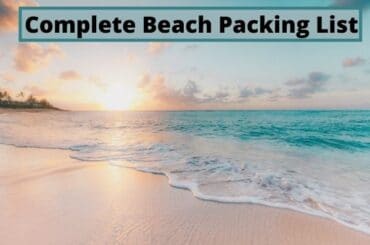