Are there sharks in the Mediterranean Sea? (Ultimate Guide in 2023 ) 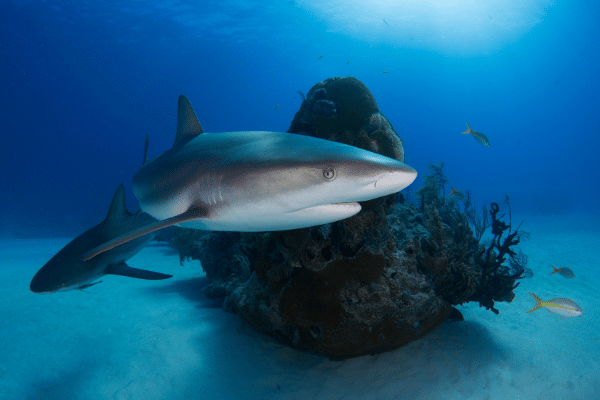 Sharks have quite misunderstood species. As apex predators, they are equally important in an ocean’s ecosystem. The majority of the shark species found in the Mediterranean Sea are entirely harmless. You should note that Great White Sharks are the most dangerous. They are rare in number but can cause problems for you.

Are there sharks in the Mediterranean Sea in Italy?

A lot has been made in recent years of Great White sightings near Italy! The most common shark in this area is the Tiger and Blue Shark. They are rare in number suggesting ten sightings in 30 years. Italy is undoubtedly the Mediterranean ‘hot zone’ for shark attacks. This is a tiny number found chiefly among diving spearfishers who travel with dead fish attached to their gear. It is a clear fact that Sharks want fresh snacks and not people! They are very least interested in human eating. If there is a risk, tourism authorities are very vigilant and close the beaches simultaneously. You do not need to worry about sharks on your Italian Holiday.

Are there Great White Sharks in the Mediterranean Sea?

Great White Sharks are the biggest and the most dangerous sharks in the Mediterranean Sea. This shark is a monster from jaws and the most feared creature of the deep sea. It is present in the Mediterranean Sea but in small numbers. In the recent reports of sightings, great white Sharks have been found near popular vacation hubs like Mallorca and the deepwater straits around Sicily. Great White Sharks are easily mistaken.

The giant White Shark can grow over six meters in length and weigh around two tonnes. Females are much larger, while males can clock up more than four meters from tip to tail. These sharks generally prefer uninterrupted ocean territory, as they can cross these oceans at speeds over 15 miles per hour.

The three most dangerous sharks are present in the Mediterranean Sea: Great White Shark, Tiger Shark, and Bull Shark. There are different types of sharks as well. Many sharks are never seen, so it is not dangerous for humans in the water. Nevertheless, it is a good idea for bathers and others doing water sports to be on the lookout. An interesting fact about sharks is that they aren’t interested in eating us! They only bite humans to check out what they are. It will be more appropriate to say ‘shark encounter’ than ‘shark attack.’ Still, an exploratory bite by the shark can be fatal or cause serious injury.

Are there sharks in the Mediterranean Sea Greece?

Greece has an abundance of sharks. Sharks favor the deep waters off the shore, so it is pretty rare to see them venture into shallows. The most common shark species found here is the Blue Shark, which feeds mainly on fish and squid. In 165 years, Greece has had only 13 shark bite incidents, so we can probably say that people and sharks coexist here easily. Many people love spotting the large litters of shark pups that can travel with Blue Sharks.

People who love swimming but are also afraid of sharks will be glad to know that most sharks in the Mediterranean Sea are harmless, and sightings are rare. There was an instance when a fisherman claimed that he spotted a Great White Shark off the coast of Greece around 20 years ago, but now it is believed to be a small whale that might have lost its way.