If you’re preparing to fly for the first time, you should know a few things. One of them is that many goods we take for granted are prohibited aboard flights. The Transportation Security Administration (TSA) has a comprehensive list of items not permitted aboard planes.

Furthermore, individual airports have the authority to expand the list of objects that are prohibited from being carried on a plane. And, as some regular flyers are already aware, many of the items on those lists are illogical. So, with all of that in mind, can you trust something as innocuous as a pen to be safe on an airplane?

After all, thanks to fantastic action scenes in films featuring Keanu Reeves or Heath Ledger, we’ve all seen what a talented pen can do (John Wick and The Dark Night, respectively). There’s no denying that a mighty pen can be used to injure someone. So here is the question can you bring a pen on the plane? 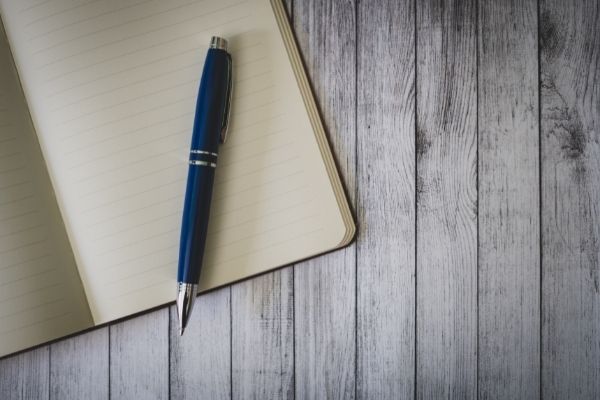 Can You Bring a Pen on the  Plane? Rules of TSA

To give you a quick response, of  can you bring a pen on a plane:- yes. You should have no problems with airport security. However, there are times when you may find yourself in difficulties. To minimize unfavorable encounters during airport security inspections, pay close attention to the article.

According to TSA, you can bring a pen on the plane. You can get it either on carry-ons or in checked luggage. According to their stated rules, pens of any kind are not on any of the TSA’s forbidden item lists. There are no actual mentions of pens in any of the available texts.

However, there is something else that fountain pen users should be aware of: ink restrictions. Because the ink is a liquid, you must adhere to the three-one-one carry-on luggage regulation. You can only take 3.4 ounces with you, and you can only have one quart-size plastic bag.

All pens are not the same

A simple ballpoint pen is safe to use and may be carried about with you. The TSA won’t mind, and you shouldn’t have any further issues on your way to your destination. There are, however, certain exceptions to this rule. Can you bring a pen on the plane, but according to TSA, some pen can be considered dangerous.

Tactical pens are a unique hybrid of a writing instrument and a self-defense weapon. Many people will take them to places where carrying a weapon is prohibited because of their unintimidating design.

However, the TSA isn’t as lenient with tactical pens as you might think. They expressly prohibit these pens since they are considered weapons. This is the correct position. Tactical weapons are designed for self-defense, but in the hands of a skilled fighter, they may be highly destructive.

If you go to the TSA’s blog, you’ll see a lot of photographs of tactical pens that TSA agents seized from passengers. Of course, if you believe your tactical pen looks “normal,” you may try to sneak it in, but we strongly advise against it. 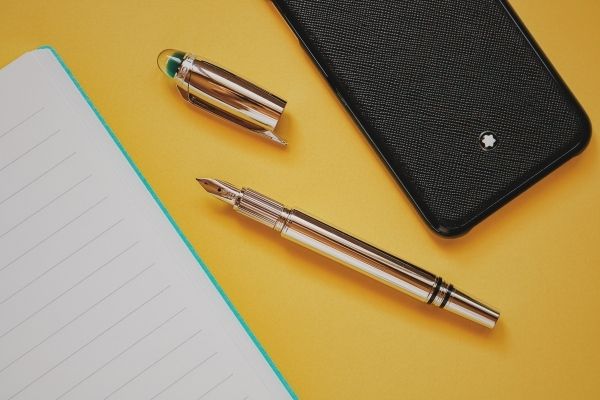 When it comes to bringing your pen on a plane, few people consider whether all pens are safe to fly with. And, as terrifying as that may sound, certain pens have been known to burst in mid-flight, an event you should avoid at all costs. Although it is unlikely to cause any injury to you or anyone else, it can create an embarrassing scenario.

Of course, not all pens will experience this. Rollerball pen owners, in particular, are the most vulnerable to accidental pen explosions in mid-flight. These pens are a lot of fun to write with, but they’re not designed to handle the pressure changes in the cabin.

The fountain pen is another style of pen that is prone to malfunctioning at higher altitudes. Your fountain pen might transform into a true fountain of ink in your carry-on bag, even if it isn’t prone to doing something as dramatic as exploding owing to pressure.

There are a few things you can do to avoid having this experience. You can, for starters, stop using the explosive pens. Regular ballpoint pens are far less prone to break down completely (even if it might still happen). This is a good thing, given how standard and affordable ballpoint pens are.

On the other hand, some people are unwilling to compromise their writing experience and prefer to use rollerball pens. We still have good news for them. There are rollerball pens, for example, that was created expressly for frequent travelers and can securely tolerate the changing pressures in the cabin. Those pens, however, can be quite costly.

The Security officer of the transportation

Even after everything has been said and done, there is one last thing to consider before peacefully packing your luggage for the big trip: Transportation Security Officers (TSO) usually have the final say on which products get to fly and which don’t.

It’s important to remember that the TSA’s list of forbidden items isn’t intended to be exhaustive. They make every effort to keep everything up to date, but there will always be exceptions. So, even if the TSO considers your pen problematic, you may be forced to abandon it.

Even if the TSO has reservations about some aspects of your pen, you will almost certainly be allowed to bring it on the trip. However, depending on the pen, TSA officers may consider it a sharp object, and you may be required to wrap it securely and stow it in your checked luggage rather than having it with you in your carry-on.

Wrap up: Can You Bring a Pen on the Plane!

As you can see, the answer to this question is straightforward at first glance, but it becomes more convoluted as you dive deeper. You can take a standard ballpoint pen with you on your journey and not have any problems. Depending on where you’re going, you might need a pen to fill out documents when you arrive.

There are, however, some exceptions to consider. Bringing a rollerball pen on your trip might not be the best idea. They are prone to exploding and malfunctioning when the cabin pressure changes. You can have a disaster during your flight if you don’t pay additional attention to the position of your fountain pens. So either uses standard pens or spend a little more money on high-quality versions that will survive the travel.

Tactical pens are another pen to avoid when trying to board a plane. Although they aren’t prohibited, and most individuals have no idea what they are, the TSA is more than prepared to seize them on sight.

You can always check with the airline you’re flying with to see if there are any restrictions on bringing a pen on a plane.