Can You Bring an Electric Toothbrush on a Plane? Things to Know in 2023

Can You Bring an Electric Toothbrush on a Plane? — TSA Rules 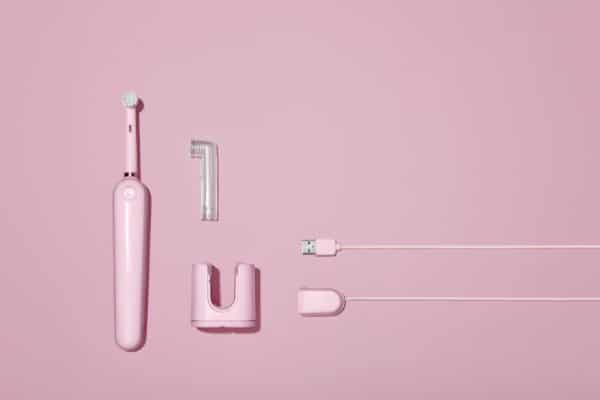 Most of the time, The Transportation Security Administration (TSA) agents will tell you at airport security checks what is allowed and what is not on the planes.

Here we get the words of the TSA about an electric toothbrush on a plane.

There is no restriction on carrying an electric toothbrush in your carry-on bag on the plane. Because it is not something that the TSA should worry about. Besides toothbrushes, The TSA is more anxious about your toothpaste as it should not exceed 3.4 ounces!

Do you know the best place to pack and carry electric toothbrushes is your carry-on bag? There are three reasons mentioned below.

The first reason is, what if your checked bag gets misplaced or delayed. It’s unusual, but it, however, could occur.

The second reason is that your valuables or goods get stolen from your checked bags. As we all know, an electric toothbrush is quite expensive, and if you keep it in your hold luggage, there are chances that you might not find it again. So it is better to keep them in carry-on bags where you always keep your eyes on them.

Now your concerns must be about lithium-ion batteries. Yes, there is a slight danger to the batteries because they are made up of lithium-ion, so they would catch fire if they malfunctioned. But, don’t worry; the risk is not that huge, so the TSA will permit you to pack your electric toothbrushes with installed batteries in checked bags.

According to the rules of the FAA (Federal Aviation Authority), it is recommended to pack lithium batteries in hand luggage. For example, you know you can fill your laptops in checked baggage, and it is not banned, but the FAA prefers to pack them in carry-on luggage for safety reasons.

In the past, most lithium-ion devices were banned from checked luggage because of the fire risk factor. But later, they relaxed most of the rules and only prohibited loose and spare batteries from checked luggage. However, why take the risk for no reason? Like if you don’t need them on the plane, you can skip them.

Electric toothbrushes are legal and hence can be carried on planes. Carrying electric toothbrushes will pose no issues regardless of where you are travelling from and to. They are allowed on several airlines including Emirates, EasyJet, etc. However, you can still reach the TSA to clear your doubts before packing your stuff.

How To Check With The TSA About Your Toothbrush

There is an account named @AskTSA on Twitter, where they are always available for your service. So if you’re still not confident about it, you can check with the TSA here.

If you are worried about carrying an electric toothbrush in carry-on baggage because of the pointed piece when the head was removed, don’t worry because the TSA announced that electric toothbrushes are fine to store in hand luggage. Because of the lithium-ion battery. The toothbrush is installed with it, so they are allowed in checked baggage. But if you have lithium-ion batteries that are loose or uninstalled, you can’t store them in a checked bag.

Related:- Can you bring a full-size toothpaste on a plane?

Can you bring a titanium toothpick on a plane?

Even though we know that TSA looks for sharp items, they still permit toothpicks. I understand from there that it is not incorrect to say that this all will rely on the TSA officer of TSA that scans your backpacks at the security checkpoint.

If it is possible, try to pack your electric toothbrush into your hand luggage. The best thing is that it will prevent your toothbrush from getting misplaced or looted from holding luggage. It’s moreover safer if your toothbrush has a lithium-ion battery.

But there are no hard and fast rules about where to pack your electric toothbrush or its charger. You can store it wherever you want, whether it is your carry-on or checked luggage.