Tobacco has a long history throughout the Americas. Tobacco became known to the world for the first time in the 15th and 16th centuries when European explorers witnessed Native Americans using it as a medicine and a hallucinogen. The explorers brought the unusual plant back to Europe, where it was quickly accepted as a viable alternative drug by both the rich and the poor. As this is, the question arises can you carry tobacco on a plane?

Initially outlawed by kings and popes, its widespread economic impact and widespread appeal drove acceptance across many civilizations. It quickly expanded throughout the developing globe, laying the groundwork for the American economy’s expansion.

That and when did things go wrong for tobacco and its use to the point where we’re asking, “Is it legal to carry tobacco on a plane?” What are the applicable rules in this case?’ Let me guide you through it by going back in time a little bit to carry tobacco on the plane.

In 1602, an unidentified English author issued an essay titled ‘Work of Chimney Sweepers (sic)’ in which he claimed that soot was the source of sickness in chimney sweepers and that tobacco may have comparable effects.

One of the earliest cases to be noted one of tobacco use being connected to the disease. Samuel Thomas von Soemmerring of Maine (Germany) declared in 1795 that he was becoming increasingly aware of lip cancer in pipe smokers. Benjamin Rush, a physician from the United States, wrote about the dangers of tobacco in 1798.

The first medical findings tying smoking tobacco to lung cancer, however, began to appear in the 1920s.

As difficult as it may seem to believe that smoking aboard airplanes was once widespread. Of course, those days are long gone, but just because you can’t smoke on a plane doesn’t mean you can’t bring tobacco items along with you. When traveling with cigarettes or e-cigarettes, however, there are a few crucial regulations to remember. The question is can you carry tobacco on a plane? 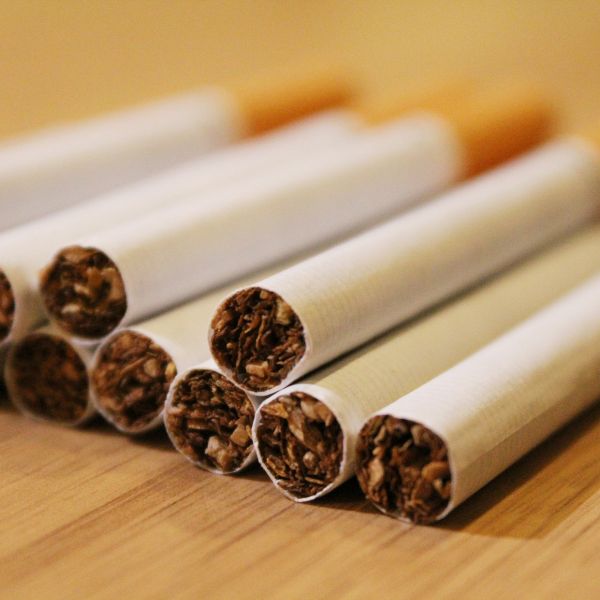 Currently, the DGCA does not restrict chewing or smokeless tobacco from being carried or consumed on board airplanes. Other countries’ aviation laws, including the United States, allow passengers to carry chewing tobacco but restrict it from being consumed in flight.

The DGCA Circular on Cabin Safety states that “no individual shall smoke” within or around an aircraft, in accordance with Rule 25 of the 1937 Aircraft Rules. ENDS, also known as e-cigarettes, personal vaporizers, vape pens, e-cigars, e-hookah, or vaping devices, are all gadgets that produce an aerosolized combination containing flavored liquids and nicotine inhaled by the user.

Let’s talk more. Can you carry tobacco on a plane?

Can you carry Tobacco on a Plane? All you need to know

Tobacco is unrestricted by the TSA, which means you can bring it in your checked luggage as well as your carry-on bag.

Cigarette, cigar, pipe, chewing, and other types of tobacco smokeless tobacco products are included. It goes without saying that you will get into a lot of problems if you try to smoke one on a plane. It is, however, legal to have smoke in your luggage or on your person. So, yes, you can carry tobacco on the plane.

There are all rules TSA tells that can you carry tobacco on a plane? 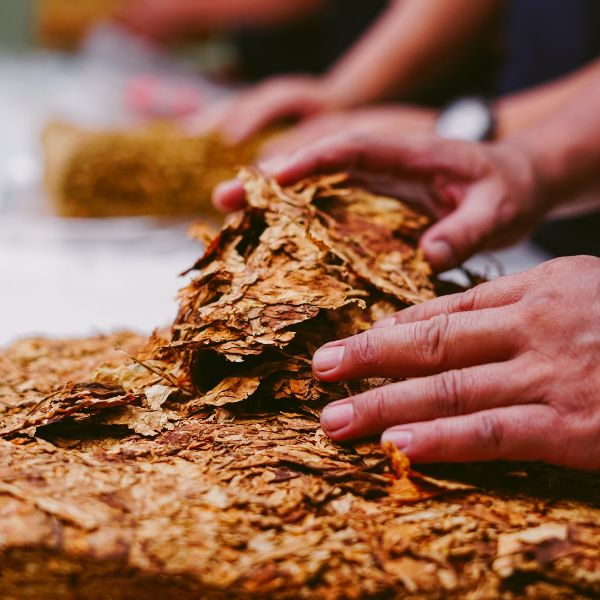 The rise in popularity of vaping devices and electronic cigarettes has resulted in some new TSA regulations. All vaping equipment, such as vaporizers, vape pens and atomizers, and e-cigarettes, are only allowed in the airplane cabin. You’ll have them on you or in your carry-on, but not in your checked luggage.

These products are forbidden from being checked because many of them include lithium batteries, which can overheat severely during flight.

Can you carry tobacco on the plane? And how much quantity you can take. The TSA does not regulate cigarette quantity, so if you want to carry many packs or cartons with you (or bring them home), you’re usually fine, though it’s always a good idea to check with your airline beforehand.

The amount of cigarettes you can carry into the US from most foreign nations is limited to 200 cigarettes or two cartons, according to US Customs and Border Protection. From Guam, the Commonwealth of the Northern Mariana Islands, American Samoa, and the Virgin Islands, you can transport 1,000 cigarettes, or five crates, into the US.

Read More:-  can you fly with cigarettes and a lighter.

If you’re flying with cigarettes or other tobacco products, be sure you’re familiar with the rules and regulations regulating tobacco paraphernalia. Here’s a rundown of things you can and can’t bring on the plane:

Lighters: On your person or in your carry-on bag, you may carry one ordinary (disposable, Zippo, no torch) lighter. The Department of Transportation and TSA restricts fuelled lighters from being carried in checked luggage, with an exception that allows up to two fuelled lighters to be carried if properly enclosed in a DOT-approved case. The use of torch-style lighters is absolutely forbidden.

Matches: You are allowed to have one pack of regular safety matches on you or in your carry-on. Checked luggage does not allow matches. Both carry-on and checked luggage are forbidden from having strike-anywhere matches.

Tobacco pipes are allowed in both carry-on bags and checked luggage.

Cigar cutters are considered sharp objects and are only allowed in checked baggage.

If you’re traveling to one of the European countries, the restrictions for transporting tobacco products will almost probably alter.

For example, you can carry these products solely for personal use and not for resale. Furthermore, if you’re carrying fewer than 800 cigarettes, less than 200 cigars, and less than 1 kg of tobacco, wine less than 90 gallons, cigarillos less than 400, and a limited number of other products, you won’t be subjected to such restrictions.

Tobacco is mostly consumed in a combustible manner. Smoking cigars or cigarettes aboard a plane, and the prospect it feels grim and fatal to be imprisoned in a metal tube of smoke thousands of feet above the ground as you are carried away.

A cigarette butt left in the lavatory bin, or any other location in the plane, is a surefire way to ignite an accidental fire during the flight, and no one should have to go through such a terrifying experience.

To avoid unintended fatalities, it is critical that the laws established by national and international aviation bodies responsible for the control and oversight of civil aviation be followed and given proper care and diligence for the safety of all passengers and airline crew members.