Hawaii, the land surrounded by beautiful scenarios. It is the only state in the United States that composes of islands. The studies show that it has in total 137 islands, out of which Ni’ihau, Kaua’i, O’ahu, Moloka’i, Lana’i, Kaho’olawe, Maui, and Hawaii are considered as the main islands.

O’ahu is the third-largest island in Hawaii. This island is also known as “The Gathering Place”. The place is a prime attraction for beaches, waterfalls, and major tourist spots like Pearl Harbour, Valley of the Temple Memorial Park, and home to state capital ‘Honolulu’.

Honolulu is the largest city of O’ahu. The city is segregated into two major sections. One of the parts is a hub for international business, defense, hospitality, and finance, while the other part is a bucket filled with destinations like beaches, waterfalls, caves, surfing, and other site seeing.

Before starting the article, let us know ‘What is a Cave?’ A cave is a natural void area in the ground or an underground chamber. Usually, it takes hundreds of thousands of years to form a cave. So we can spot the sculptures of ancient lifestyle, passion, work, and civilization scripted in a cave. A cave has enriched our imagination and connected us to ancient times. It is always a matter of suspense that ‘how is a cave formed?’

A cave can be classified based on its formation – 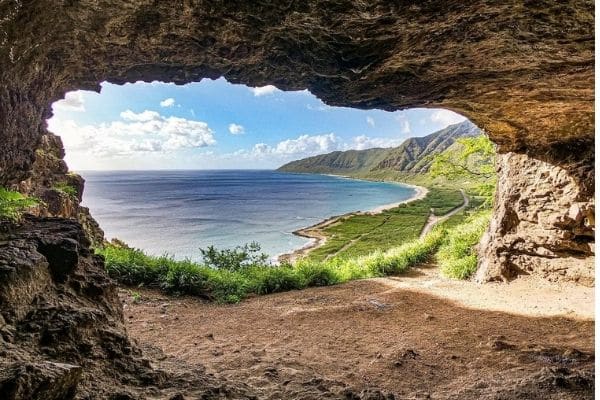 One such historical cave formed by lava can be witnessed few miles away from Honolulu. The cave is addressed as KANEANA CAVE or MAKUA CAVE. The name represents the cave of Kane, the God of Creation. The cave is a mysterious site located near the end of the western Waianae coastline. The entrance was formed by lava when magma was exposed towards the surface. Due to this erosion of lava, today this site can be seen.

As you go deep into the cave, the interior gets darker and slippery. The cold breeze flows out from the inner depths of the cave. There are small tunnels that lead you to the inner end of the cave and due to these tunnels, the inside walls of the cave are wet and smooth.

The cave is 150000 years old. The height of the cave is 100 feet and 450 feet deep. It was once underwater and later carved out of the sea. Ancient civilians exclaim that this is the holy cave where mankind was born from the womb of the ‘Goddess Earth’.

The cave also has a mysterious and haunted history. The cave was occupied by Kamahoalii, the king of sharks and brother to Pele – the Volcano Goddess. Kamahoalii had the special power of transforming shapes from human beings to a shark.

Nanane was the son of the shark king and was always kept away from eating meat by his mother. As the boys turned 7 he got his first taste of meat and his hunger for human flesh aroused. Nanane used to transform his shape from shark to human beings and capture his victims. But later the Makua residents destroyed him. Some believe that even today Nanane occurs in the cave and thus offers cultural offerings like fruits, meat and even rotting fish. Remember not to disturb that area.

There is also a myth that the cave is filled with the spirits of those who died there. The dark shadows are seen or different voices are heard by the nearby civilians. Show respect to rules and regulations, many people offer prayers before entering the cave.

How to get to Makua Cave?

Directions for reaching Makua Cave by personal vehicle is as follows –

If you want to avoid driving you can switch to public transportation. Bus transit has routes that pass near Makua Cave.

Walking distance from the station to cave – 4 minutes

Walking distance from the station to cave – 4 minutes

Walking distance from the station to cave – 6 minutes

If you start your journey from a place other than Honolulu –

The hike of the Upper Makau Cave is short but very interesting and adventurous.

The top cave isn’t as big as a lower cave, they are holes in a ridge. Don’t miss the underrated gem of this cave – West Side Coastline. You can hang out with your companion, group of friends, or colleagues. Click photos and enjoy the heartwarming sunrise or sunsets.

Points to note down –

Kaneana Cave and Upper Makua Cave are mysterious gems that you cannot miss visiting once in your lifetime. The mysterious and adventurous characteristics of these gems attract ample tourists. So it’s time to tighten up your shoes and set out to this amazing place. Remember to stay safe and take all the required precautions. 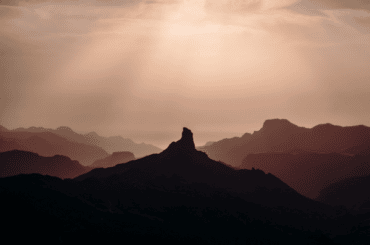